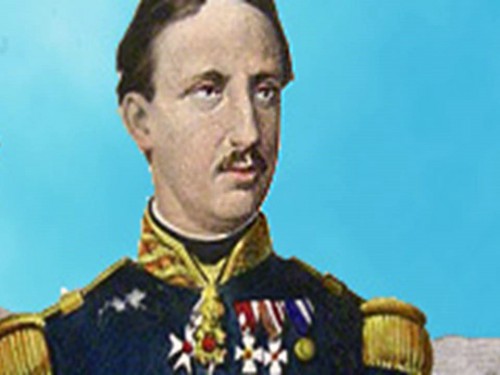 In his prologue to the Gospel of John says that whoever receives the Light has the power to become children of God Welcome the Light means to have faith in Jesus Christ, the Light that has come to light in the darkness . And it is the faith in Jesus that makes us children of God, and then as the apostle Paul says , heirs of His Kingdom.
In this dimension I read the earthly experience of Francis II of Bourbon Two Sicilies , the last King of this Kingdom , which for centuries has experienced autonomy and good governance .

Francesco d' Assisi Maria Leopoldo of Bourbon was born in Naples , January 16, 1836 , by the great Sovereign Ferdinand II and Maria Cristina of Savoy- Bourbon, " the princess Santa ," that this will be beatified on January 25 . Of this his "Neapolitan " felt proud and happy, as he felt deep love and affection for his land and his people .
He was tried very early, when just a few days after his birth his mother died because of the after-effects of childbirth. The memory of this wonderful woman and good , of which he always spoke of his father , is well imprinted in his heart and mind, and the reputation of being the son of the " Holy Queen " accompanied throughout its existence .
From his memory he learned humility and meekness , and by true Christian could always look beyond the darkness , basing his life on the Christian faith , morals and honesty of thought, conscious of being called to serve his people.

Like her mother , and so his father, he was also a devotee of the Virgin Mary , and certainly many times you looked into his eyes , asking her to be her mother and to accompany him in his duty to the King

Its human, cultural , spiritual, was entrusted to the Jesuits , who knew him well to impress upon those Christian virtues that will make him a great King , but did not lack even the military education and good governance , which he learned directly from his father . It is very significant anecdote of a childhood of Francis, when he accompanied his father on a visit to the soldiers who were doing military exercises . Both King Ferdinand that the little prince ate at the table of ordinary soldiers , what is normal for the King, and at the table was served stale bread. Francis still very small, made a gesture of disgust and rejection before that bread. His father , a man of great intelligence and humanity , looking gently and firmly said, " why do not you eat this bread ? " . He replied that he was old bread , and he did not like . His father replied with dignity and authority : "If you eat the soldiers, who are better than us, because we should not eat us? " . The boy understood the lesson, which surely remembered forever, and ate the bread with gusto , knowing that the virtue of humility and simplicity, are worth more than all the values in the world.

It is this awareness will make him the King that was , taking care from the very beginning of his reign to the welfare of all its people . He devoted himself to the care of the poor, built hospitals and expanded , he reclamation, organized the school of international law, and he worked for the education of its people, made new plans for the spread of the railways , and other decrees for the enhancement of industries and the economy.
He had before him an exemplary model of kingship , one that comes from the Gospel , he felt , and it was actually , " groom " of his people, that he loved until the end of his life , well beyond the loss of the throne and the end of the Kingdom.

In fact, he reigned for a short time, because of events that not only reversed the fortunes of the Kingdom of the Two Sicilies , but the whole of Europe and the Church , they would have known the bitterness of a revolution , which was sown in society violence , war , despotisms , racism and death.
Francis II , with great clarity , he knew how to look away , and denounced clearly that he was committing the crime , aware that the piracy that had brought turmoil and disorder in his kingdom, was nothing more than the anticipation of future violence and injustice .
He had seen very well that behind all that revolutionary movement hid the drawings of Freemasonry today that seizing its Member soon would threaten the whole of Europe .
In fact, the violation of the most elementary rules of international law , which now was hurting his kingdom , he paved the way for schemes based on power , corruption and violence , rather than on the consent of the people.
He was a prophet who had watched far , realizing totalitarianism and massacres, that in the next century would have transformed Europe and the world into a vast theater of violence and war, and those new ideas that would bring so much harm to the Church itself Catholic .

No one seemed to realize it at the time as he was. Perhaps only the most Blessed Pope Pius IX became aware of this grave injustice , and tried to intervene to help the young King , but he himself remained unheard. Now the big Europe were for the greater subjugated by Freemasonry , that soon he would feel his heavy hand to other empires and kingdoms . 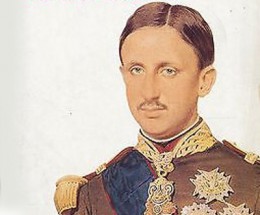 At the end he lived this event, which had resisted with all his might for the sake of truth and justice, with serenity and peace. Gentle and simple , never thought to his personal interests or ambitions , but only to the good of his people. Certain choices made , criticized by some , were not the result of fears or scruples, but only not to bring suffering to his people. And when the people opposed the colonization of his country, he did not fail to support and defend it. But before the disparity of force and the suffering of its people, preferred exile and poverty , but it never abdicated his duties as King and Bridegroom of his people.

Even if it had been made poor by those wicked who had unjustly dethroned , always knew how to live with dignity in his exile , and on occasion he never failed to succor his people in poverty is also reduced . " All the tears of my subjects fall on my heart ... I am the King, and as such I have to the last drop of my blood and the last shield I have left to my people ." And this program created it to the end. On the occasion of the earthquake that struck the city of Tower , not far from Naples , he through the Cardinal of Naples , the venerable Sisto Riario Sforza , had come to the populations affected a caress of his father , and his financial aid.

And at the southern people , doomed from the " false annexation of Savoy Kingdom of Italy " to be or robber or immigrant, never failed to speak words of hope and love. He was accompanied by the knowledge that the encroachments are not eternal , and that God would sooner or later justice done . And with the passion and the love of a true King , who had married his people in good times and in bad , even from afar he continued to take an interest of its people, particularly in times of need , and any Sicilian duo appeared to him was greeted with affection, and never left again empty-handed.

The last years of his life were spent in Arco di Trento , always sober and humble , helpful to his people and to anyone. Never any word of blame or resentment from his mouth, but always words of peace and encouragement. Far from any vanity , never allowed himself to be overcome by illusions. He had kept the title of Duke of Castro, but all in Arco knew him as " Mr. Fabiani ." And with serenity and humility , like a true gentleman , every morning she went to Mass and then sat at a bar for breakfast and read the papers. Every night then was prompt to go to the Collegiate Church to pray the Holy Rosary. His days were accompanied by prayer and charity. 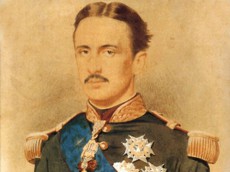 Francis II of Bourbon Two Sicilies leaves the story a name , that iniquity and slander can not obscure .
He was a man of great thickness , and the proof is its rich collection of letters , his diary , and the memory of those who were close to the end. We are really before the figure of a true king and a true Christian , the moral , human, spiritual , intellectual, of a very high penalty . And just as he lived, in the same way : "With the serene soul of the just man , with eyes ecstatically addressed to the vision of the clear sky that he was born , died worshiped the King , the last true King."

This is the strength of the great, holy and be true Christians , knowing how to reach out to God with an upright heart and serenity, after living with dignity and honor , generosity and love , full of mercy.

This was Francis II of Bourbon Two Sicilies , a true king , a great man , a true Neapolitan , a great saint