The Foundation is made up of Francis II of Bourbon as a movement that brings together all those who are attached to the figure of Francesco II, and has a cultural, spiritual and charitable. It is open to all individuals, groups and movements that recognize the heroic virtues of Francis II and his holiness.

It is inspired by the human figure and religious of King Francis II of Bourbon Two Sicilies, from which it wants to incorporate the great humanity, humility, meekness and holiness of life.

The Foundation may open branches throughout the country, especially in the regions of the former Kingdom of the Two Sicilies, and in other countries who were asked the constitution. The members of the Foundation are committed to live out the statute, to model their own lives the example of the noble figure of King Francis II, to set up groups of prayer and charity, which meet at least once a month to pray for his glorification and undertake to do charity work.

The Foundation may enter as individuals or as members of groups associated with all those who feel to cooperate and work for the same purposes of it.

The Foundation strives to establish itself as a charitable work in favor of those situations of hardship and difficulties that lie in the former Kingdom of the Two Sicilies, especially for families, children and the younger generation. after the same example of charity of Francis II. Also it strives to foster, through studies, conferences, research, conferences and the media, knowledge of the life, works and sanctity of Francis II of Bourbon.

The Foundation has its roots in the faith and in the tradition of the Holy Catholic Church. It feels intimately connected to the Royal House of Bourbon Two Sicilies. 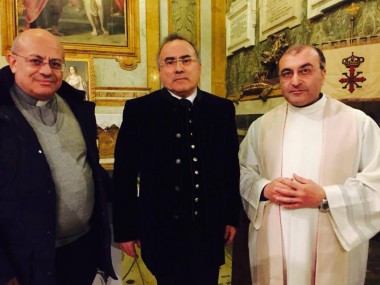